Best 5 Android Development Tools You Can Use 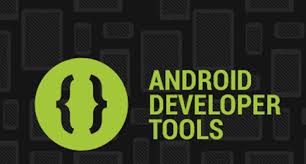 Android operating system was developed for a number of touch screen devices like tablet computers as well as smartphones.

Initially developed by Android, Inc and financially supported by Google, it was in the year 2007 that Android was launched for the general public with the start of Open Handset Alliance.

In today’s world, Android is the buzz in the market with approx 42% market share across a number of devices worldwide. Unlike iOs as well as Blackberry, the Android Apps are basically open source. Hence the tools that are taken in use of their development are free and it is not at all required to purchase any kind of special developer phone. It is even not required to get the hardware registered as development device.

An important point to note here is that NDK is not going to give advantage to most of the apps. The developer here is required to make a balance between the demerits as it is not necessary that native code is going to increase the performance, however it may tend to increase the complexity. It is advisable to prefer NDK only when it proves to be essential for your app, not just due to the fact that you prefer to program in the language C or C++.

Those who are newbie in the field of Android can download the SDT Bundle in order to immediately start building the apps. Here a version of Eclipse IDE and the essential Android SDK components are included with the built in Android Developer Tools in order to streamline the Android App development. The most important components in ADT Bundle are given as under:

Current version of the Android platform

Current Version for the emulatorMore of the Android system

With these tools, there are a number of other tools like BatteryTech SDK, PhoneGap that should not be missed at any cost. 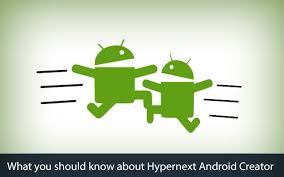 4. Hyper Next Android Creator (HAC): it is an easy to use software creation system that helps everyone to make their own apps for Androids in no time and that actually work well. The Apps developed on the Hyper Next Android Creator enjoys a good support on the good ranges of devices. Based on HAC operation, HyperCard treats software as cards’ stack where only single card is visible at a time and therefore is suitable for a number of mobile phone applications that allow single window operation.

It is important to note here that, though there are a number of demerits associated with Titanium like flexibility limitations, the user experiences complexity and other issues, still it stands at the first position for cross platform as well as Android Apps development.