Advantages and challenges of extracting manganese nodules from the ocean floor under technical, ecological and economic considerations – Sample

Manganese nodules particles comprise of manganese hydroxides and iron concentration. According to Wilburn 2012, these particles are diverse in size, but they mostly vary from 3 to 10 cm. In shape they are either spherical or irregular and can therefore not be easily identifiable by their shape. They have rough texture and their bottom part which is under the sediment is usually rougher than the upper part. Considering that the manganese nodules are found on the ocean floor a mining method referred to as deep seabed mining is used (Derkman et al., 2018). This method is mostly applicable for extracting the minerals found within the range of 200metres below the ocean. Here, large machines which are robotic are used to excavate the floor of the ocean the material extracted here are pumped into a ship while the wastewater and unneeded materials are pumped back into the ocean.

This method extracts the nodule before it is taken to processing plant for smelting. This is an indication that there is a process involved. This method as a result has advantages and challenges that it brings about which are discussed below.

Ecologically, in extracting manganese nodules the machines excavate the seabed, and the waste products are disposed into the ocean. This may be viewed as an advantage in the aspect that it reduces the amount of waste that would be disposed in the dry land. As a result, deep seabed mining is of great consideration where there are no intentions to harm the surrounding dry land.

Economically, there are a lot of individuals who have had the opportunity to secure employment in this area. The numerous opportunities have greatly reduced the level of unemployment and the living standards of the people (ISA, 2010). This is an indication of how the deep seabed mining have led to great economic growth with the nation. Increased supply of this metals in the market have also led to improvement in the construction site because, when these metals are supplied at relatively cheaper prices the individual can use quality material for construction.

Commercial exploitation of the metal deposits is being done. Here, recycling instead of disposing the metals waste into the sea has been considered. These has found new usage for waste and helped individual generate income from the waste. Through these they have been able to save the enormous destruction of the environment that would result to excessive damage of the environment.

The government is also able to collect taxes which increases their revenue. The taxes are both from the sales of the mining machines and from the individual employed in the mining sector. The metals mined are later sold which is also a source of taxes for the government. This will intensively improve the general economic system of the nation.

Nations have reduced their dependence on other nations for importation of minerals that are not found in the land but instead they can use the deep-sea method to acquire these minerals from the see. The nation also does not have to dismiss people from their habitats as this mining technique is entirely on the sea and therefore the effect on land is minimum.

Viability study conducted on the extraction of manganese shows that up to 750,000 metric tons for profit to be achieved in a mining company. Developed mining companies easily reach this target which shows that they operate on profit.

Companies such as UK Seabed Resources are using the deep seabed mining in the mining of manganese as they are considering it a cheaper mining method inn comparison to land based mining. The cost consideration has contributed to the companies making great profits from these sales.

In reference to Hein and Koschinsky 2013, initially in technology there was development of advanced mining equipment’s. This process was completely risky as it involved also of human power and time. The human was also exposed to a lot of risk. Technology has developed as a result if these as there are numerous inventions made on the equipment’s used to access these minerals. The development of mining technologically has been seen in phases as model tests and tests of lifting systems at sea level which has resulted to great results from the use of machines as they are thoroughly tested before being deployed.

Application of new technologies such as robotic manipulators, 3D sensors and autonomous navigators in countries such as Japan has greatly made it easier for the mining process to be conducted with no major strains in technology. Subsea power systems and pumps and the connection of pumps to power cables has reduced surface tension and also helped curb the weather difficulties faced making mining easier despite the weather.

Deep seabed mining can generally cause more harm than good. Ecologically, the heavy machines used are a threat to the marine life. Sea animals such as shark have a very low growth rates and they are known to have a very wide life span. The physical disturbance as a result of weight exalted by the heavy machines will make their growth rate even slower due to disrupted operation of their body systems. These machines cutting the seabed will create plumes which will interfere with the deep-sea habitats of these creatures.

There has also been reduction in the mining of manganese over years due to excess exploitation of the sources over the years, this is a clear indication of excessive exploitation of resources and the technology being used in mining may over time fail to be effective basing on the results. This have shown that the deep seabed mining has failed to meet the expectation and the high results expected as shown below : 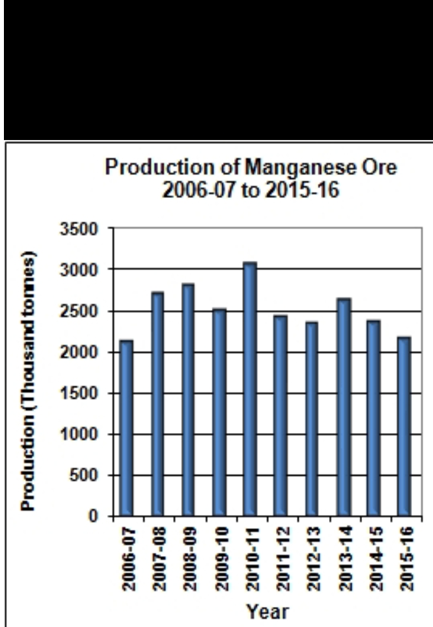 The machines used in this process also emit vapors into the water. This affects the hygiene as the marine life end up having these harmful chemicals in their body. As a result, these animals may die and become extinct. Consequently, these sea animals such as fish are also source of food to human. Consumption of these animals when they have already taken in these harmful gases from the extraction machine may cause harm to the consumer and expose them to many health issues and death as a result of poisoning.

Considering the wastewater taken back in the sea, water vaporizes and therefore the ecology by as well face destruction. The evaporation of the water may result to acidic rain. This will cause harm to the dry land and also destruction of the ozone layer. The excess heat will result to a very unfriendly environment for humans.

Noise pollution also comes from the use of these machines. Marine mammals such as whales are likely to be distracted by these noises and therefore the environment will be hostile to them. Some marine life are adapted to low lighting found in the deep areas of the sea. The floodlighting that maybe brought about by these machines may disrupt them permanently and bring about a threat to their existence due to their adaptation.

Economically, the benefits of mining manganese nodules from ocean floor have been compared to the damage it brings about ecologically. When mining must be done it will entirely be based on the availability of metal in the sources and their prices in the market. The heavy machinery used in the extraction of manganese are generally expensive as a lot of technological skills are applied in their making. Due to this the mineral extracted may fail to fit the cost incurred in their extraction and this is clearly a loss considering it will also have resulted to a large ecological damage.

Technologically, the sea is faced by different conditions throughout the year such as high pressure and extreme weather conditions such as rainfall. Making mining equipment that are able to perform this task throughout the year has been a great challenge. This has been seen though diverse failing of the systems during operation. This has raised the question on whether this method is suitable for mining considering the many mechanical troubles experienced. However, in land-based mining there are no great risks involved when it comes to equipment as they can be used at any time of the year. This makes the deep seabed mining method of extracting manganese unfriendly when it comes to technology.

Manganese is a metal pouf greatest economic interest and its mining have entirely resulted to greater economic growth due to its great value. It is found in abundance in the Central Indian Ocean Basin and Cook Islands EEZ. Deep seabed mining of these mineral has been used only for the economic benefit it brings about. Other negative factors such as disruption of the ecological system has not been put into consideration. Some countries such as Japan have dumped these methods of mining and adapted the exploratory mining method which allow acquiring the mineral in a comic feasible way.

Though a lot of scientific research is being conducted to see whether the exploratory mining method will create a favorable substitute for the deep seabed mining. This is to ensure that the method of Mining used will be friendly and will not be entirely based on personal gain.

Globally there is also a need to develop a recycling mechanism where instead of massive disposition of waste back into the sea it will instead be used for other purposes. Although, recycling will not guarantee safety of the seabed method as the machines also have negative impact on the marine life. However, it is clear that regulation can greatly reduce the impact of the outcome and the losses that result from the deep seabed mining.

Use of deep seabed mining has been triggered by the land deposits running low. This has made the technique unavoidable as it is the only readily available substitute for the increasing demand. Companies such as Global Sea mineral resources are using the deep seabed mining technique as they are considering it cheaper method as compared to the land-based mining.

In conclusion, adapting mining method should be based on all affected sectors but not entirely on the individual interest or economic benefits that it will bring about. In a few years that the deep seabed mining method will have brought no harm that goo. Take look on a society with extinct marine species. This is frustration to individual who rely on these sea creatures for food. This means that there will be decrease in sources of food. Sea food is considered as a great source of nutrients for the body, and it can be barely replaced. Destruction of the ozone layer from the harmful gases emitted by these extraction machines will result to global warming. Where the world is generally headed to? It is high time to take caution than come to think of it when it is too late. 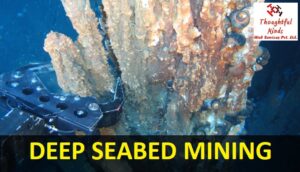 Advantages and challenges of extracting manganese nodules from the ocean floor under technical, ecological and economic considerations – Sample 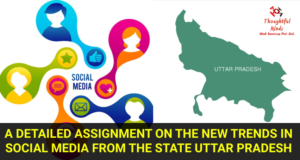 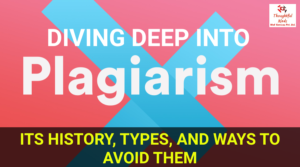 Diving Deep into Plagiarism: Its History, Types and Ways to Avoid Them 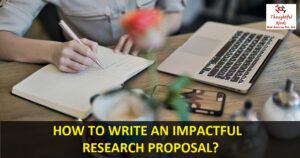 Wish to Get your Research Proposal Responded with a Resounding ‘Yes’? Learn How to Make it More Impactful Here! 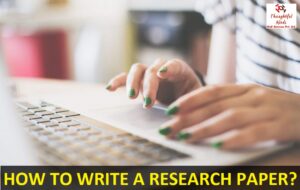 Digging into the Unexplored Dimensions of Writing a Praiseworthy Research Paper